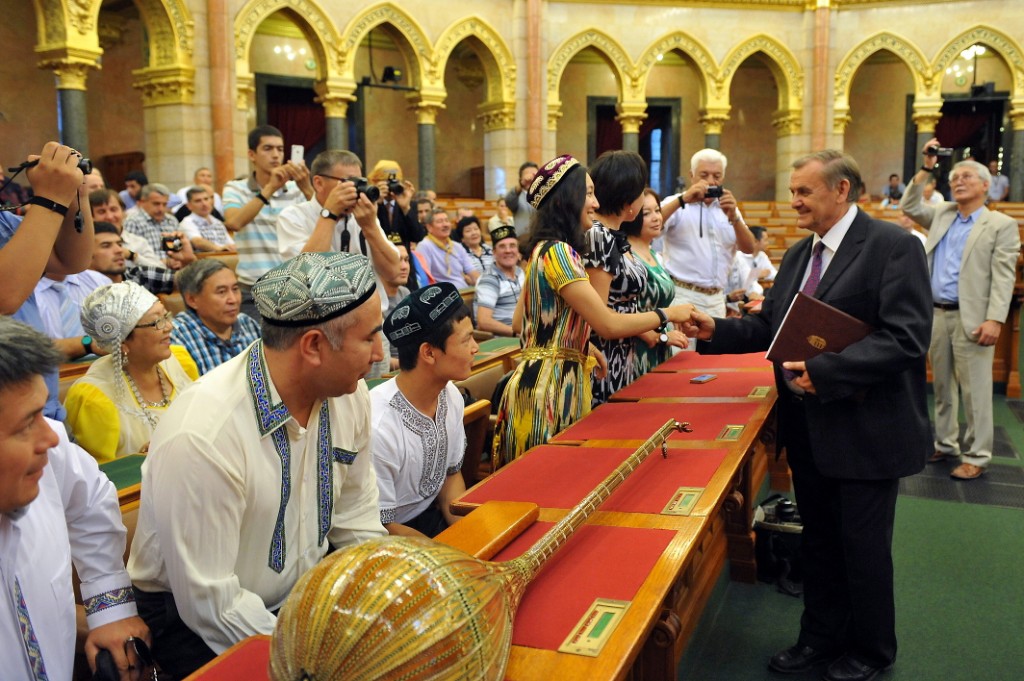 According to the 2015 central budget of Hungary, the Lakitelek Peoples’ College (established by Sándor Lezsák, deputy majority leader and deputy chairman of the National Assembly) can expect a HUF 300 million in direct subsidy, and is also given two billion forints for campus development and maintenance. The College also received 170 million forints of public funds last year, and the National Assembly decided on 1.5 billion forints for various developments back in 2013.

The College, thoroughly endowed with public funds, established its Eastern Opening Faculty (EOF) in March 2013, offering a two-year program for people below 35, consisting of a weekend long activity every 3 months (in total 8 sessions, which they have already surpassed). According to their description “the goal of the program is to pass on a general knowledge which equips the students to effectively support the Eastern Opening strategy.”

From the detailed schedule Átlátszó Oktatás has acquired, it appears that tuition is HUF 4500 per weekend, that covers a third of the costs. With the extra occasions, the College cost HUF 6500 for each student. The program initially enrolled 50 students (although there are people who left during the course), and the December 2014 occasion was the eleventh, therefore the College’s costs concerning the EOF could have reached as much as six million forints.

The topics presented at EOF, include “the immediate preconditions of the Eastern Opening and its necessity’, “relying on multiple foundations and the competition concerning alliances” or ’strategic objectives, key points, tasks and tools.” It seems that besides the theoretical background, the organizers also emphasized practical aspects. Although there is little information about the classes online, acquired documents and official reports reveal much more.

From the detailed schedule it can be established, that instead of general topics mentioned above, the focal points were on different countries, complemented by classes that were loosely connected to the educational mainline. On the second weekend for example, journalist Gábor Stier started the weekend with the class Country gates and keys for the Eastern Opening, followed by MFA secretary Iván Bába with a class entitled Nation and politics, to as well as Fidesz MEP József Szájer’s National Politics in the European Parliament. In the afternoon of that day, Zoltán Csallóközi, cabinet leader of the Deputy PM’s Office, gave a lecture on Eastern religious denominations. Norbert Tóth (director of Forrás Gallery, that gained several hundred million forints from public procurement deals) with a class entitled Can Hungarian Arts be world famous? – Possibilities, strengths and weaknesses of contemporary art in Eastern Europe. The program was concluded by anthropologist András Zsolt Bíró, the organizer of Kurultáj, with his lecture, Asian panorama.

Besides the above mentioned, the second weekend was marked by a lecture delivered by Vilayat Guliyev, ambassador of Azerbaijan in Hungary. Though no article covered this event on the College’s news and updates website, according to an Azeri news site, during the lecture held to commemorate the 90th birthday of former Azeri president Heydar Aliyev, the ambassador praised the KGB-agent-turned dictator Aliyev’s state building efforts and warned against the dangers of “Armenian agression.” Investigative organization OCCRP chose Azeri leader Ilham Aliyev–  the son of Heydar Aliyev – as the most corrupt person of 2013. This year, Viktor Orbán achieved a shared second place, with only Vladimir Putin preceding him.

Russian ambassador Aleksandr Tolkach gave a lecture in October 2013. Foreshadowing Russian agression in the Crimea and Donbass regions, Tolkach drew parallels between the nation-building efforts of Orbán and Putin. Tolkach emphasized the advantages of the Eurasian Union in contrast to the EU, where “the Hungarians even need authorization to go to the restroom” – as the ambassador phrased it.

Before the annexation of the Crimea and the eruption of the conflict in Eastern Ukraine, the College invited one of its founders, Ernő Keskeny, Chief Department Director at the MFA, and former Hungarian ambassador to Moscow, presently ambassador to Kiev, who has been taking care of  Fides’s Russian relations for a long time. According to the report, Keskeny said that Hungary is supporting Ukraine because they are our largest neighbor and we have important economic relationships with them. Echoing PM Orbán’s words, he also noted that the government would be pleased with the autonomy of part of Zakarpattia Oblast’ (inhabited by ethnic Hungarians). The ambassador however did not articulate the government’s support for Ukraine’s territorial integrity.

Last March, Lezsák invited the ambassador of Belarus, to hold a lecture on how the “economic and political ties are getting stronger” with Europe’s last dictatorship. This stands in contradiction to the government’s earlier statement, that Lukashenko was joking, when he praised Hungarians in 2012, about how they were “disillusioned with market economy and democracy and sobered up.”

In October, Russian author Yuri Polyakov who is the editor-in-chief of Russian literature journal Lityeraturnaya Gazeta also visited EOF. Lezsák described him as someone, who “” Polyakov explained, that the Russian-Ukrainian conflict is a ’reverse Trianon agreement’, and declared support for Putin, arguing that ’in this historical situation Putin is right’. The symposium was elevated by the participation of the director of RETÖRKI (state financed institution for researching the history of the regime change of 1989), Zoltán Bíró frequently switched between very different party-memberships after he broke ranks with the old party-state to join Conservative MDF in 1989. Bíró, who fought valiantly for the party-state to retain most of its power during the regime change, told the audience that he sees the past 25 years as a process of moral decay, adding that “politics in society right now is a circus.”

’When the publicist (the public writer) defends the two-third s majority government nowadays, instead of defending the opposition barricades, then she defends his homeland and her culture, since it is under internal and external attacks lacking any measure.’ – Zoltán Bíró

We tried to contact several EOF-students, most of whom did not reply to our questions. However we managed to get hold of several of those, who left the program after a few occasions. One of them criticized the lack of expertise on behalf of lecturers, emphasizing the need for debates and roundtables representing several sides of an issue that was not met.

From the documents we’ve acquired, it seems that they invited people close to the government to hold lectures, such as Szilárd Kiss, recentlyarrested agricultural attaché to Moscow, Pro-Russian columnist Gábor Stier from the rightist newspaper Magyar Nemzet, and the organizer of the unsuccessful funeral of József Nyirő, Csaba Lukács.

Besides the ideologically acceptable, but at the same time professional lecturers, we can find the sometimes esoteric but nonetheless important people supporting the Eastern Opening. Such is Ajándok Eőry a “natural healer”, decorated with the Officer’s Cross in 2013, who is a frequent lecturer in the company of the esoteric lunatic fringe of Fidesz; or Borbála Obrusánszky, who recently said during her new book’s presentation in the presence of the Turkish and Azeri ambassadors, that Hungarians adopted Christianity from Azerbaijan.

The esoteric pseudo-scientific approach is not by chance. Lezsák’s only interview about the EOF was to a right wing newspaper called Independence in February 2013, before the program started. From the interview it is evident, that although Lezsák’s goal was to create a human resource basis to support the government’s Eastern Opening efforts, he considered turanism an important ideological background. He said that “there is a strong sense of relationship among Central Asian people towards Hungarians (…) this brotherly relationship could be a good foundation for a deeper cooperation.” After this interview, Lezsák promoted the same ideas in Kossuth Radio. 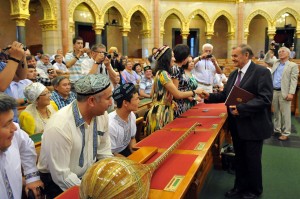 Lezsák is also a patron of the Kurultay program, pictured while receiving his guests of “Hun-Turanian” conscience in the Hungarian parliament in 2012 /Photo: MTI/Lajos Soós

It is unsure however, how the program and the cultural-relativist approach will fit in Orbán’s new foreign policy, announced in August 2014, which will only follow economic guidelines, excluding any kind of ideological adventures with authoritarian states. Albeit the complete opposite of this has been voiced by Fidesz MEP József Szájer in May 2013 in the EOF, who shed light on Christianity as a major connecting force, and criticized the economics-based foreign policy – attributing all this to the 1968 French student revolution. 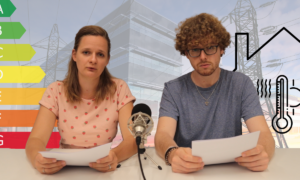 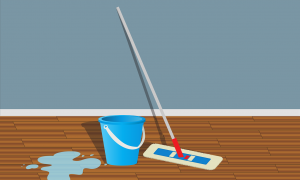 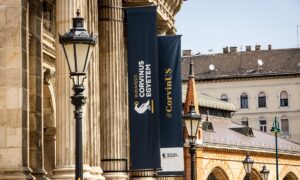 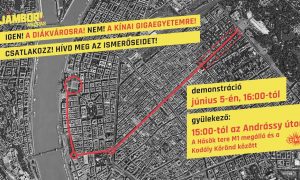